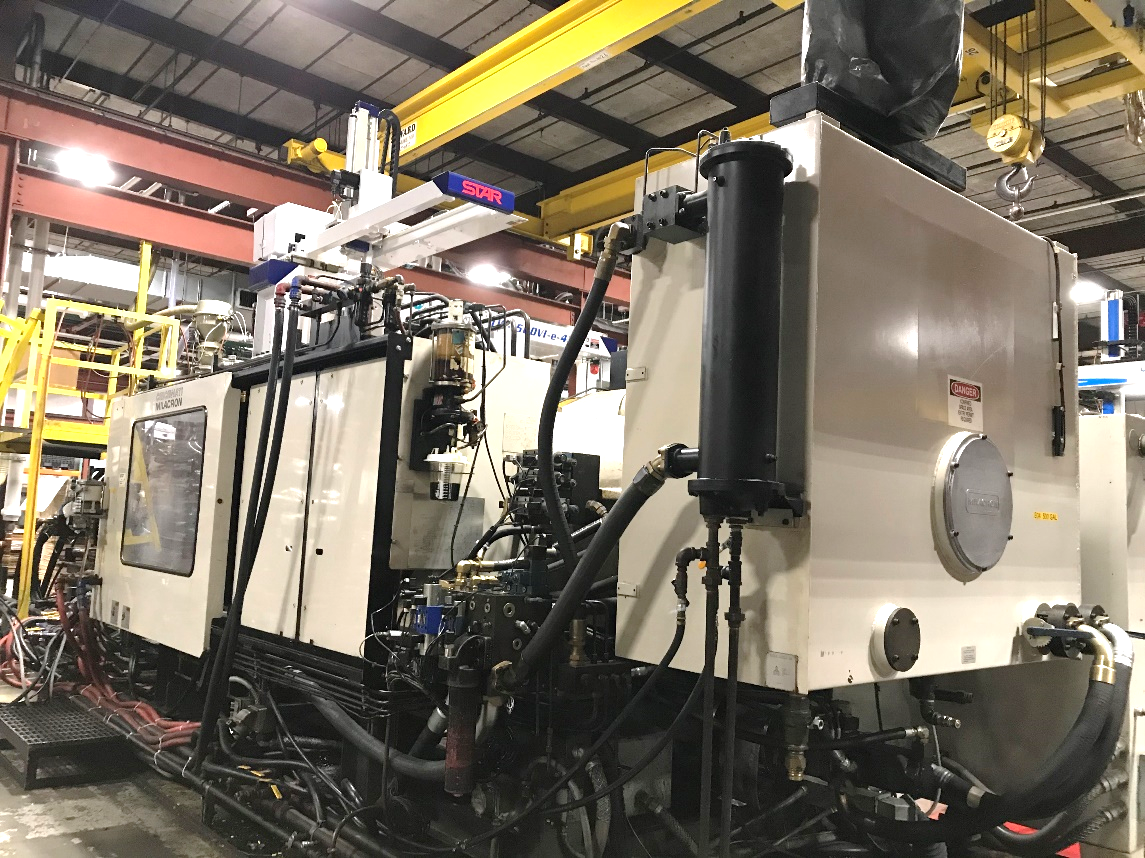 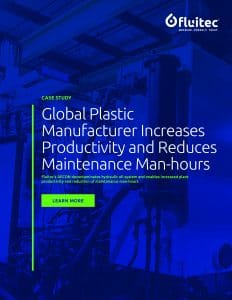 A global leader of manufacturing everyday plastic products was being with plagued oil varnish issues. In the mornings, the plant experienced frequent valve seizures upon start-up, requiring regular replacement and reduced operational output.

Increased productivity by 5% and reduced maintenance man-hours by 14%

Plastic Injection Molding Machines depend on high quality hydraulic oil for successful operation. There are several critical motion-activated hydraulic circuits on these machines such as the injection of the plunge screw, extruder screw rotation and closing of the mold. Degraded hydraulic oil produces varnish, which not only impairs the operation of these circuits, but may cause the pump to fail, servo-valves to stick or seize and heat exchangers to plug.

Their heat exchanger was plugged, allowing the oil to operate at 140F (60C).

The internals of the system were coated with brown, sticky varnish.

DECON was added to the reservoir during operation to solubilize the varnish, decontaminate the system and prevent further deposits from forming.

Within 2.5 hours, the Membrane Patch Colorimetry (MPC) results had dropped from 40 to 11. Within 24-hours, the heat exchanger started working. Oil reservoir dropped from 140F (60C) to below 100F (37C). Based on Arrhenius rate equation, this lower temperature translates to >4X oil life and significantly less thermal stress on the fluid. Their mornings now are easy and relaxed. The machine starts up instantly and no servo-valves have been replaced. Inspection of machine components and system internals reveal no deposits.