When do you change your turbine oil? 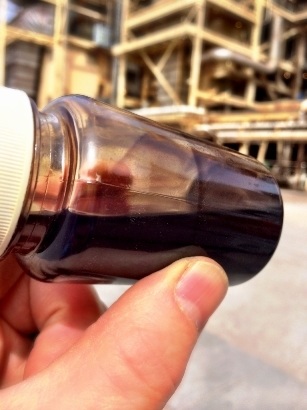 Most turbine oil users change their fluid based on its condition rather than interval-based oil changes, such as what we do when changing the motor oil in our vehicles. There is inconsistency however in understanding what conditions justify a lube oil change. Part of this inconsistency is due to lack of knowledge; part of it is because there are often not black and white answers. Replacing turbine oil is expensive and carries risk. Understanding what conditions determine the end of life of the fluid ensures that its life is optimized without exposing your equipment to damage by using the oil for too long.

When one thinks about the cost of an oil change, the first factor that comes to mind is the replacement cost of the oil in terms of currency per volume ($/gal; €/liter, etc.). The actual cost of replacing turbine oil is estimated to be between 2-5 times the cost of the oil itself. Other factors that add into the cost of replacing the oil is labor and handling, administrative work, loss of production, filter changes, new oil inspection, new oil filtration, system flushing and in some cases, disposal costs.

Any time the lube oil system interacts with people, there’s an inherent risk of contaminants getting into the system. Lube oil changes carry a lot of risk which many users are unaware of. These risks include putting the wrong type of oil into the system, introducing incompatible cleaners during flushing processes, dirt and moisture ingression and a wide range of other contaminants. It is always interesting to ask maintenance personnel what the craziest thing they’ve found inside a lube oil reservoir. The answers range from logical things like breathers, wrenches, gaskets, flashlights and sample bottles, to some unbelievable items such as bird feathers and small animals to pieces of clothing. It is clear that there is risk any time the lube oil system is opened.

So what are the oil analysis conditions that justify an oil change? Below are some common oil analysis results that may influence your decision.

There are multiple other oil analysis tests that could determine the end of the life of the oil such as changes in viscosity, increases in acid number, failing corrosion protection and poor air release times, however this are less common to see in the field.

Determining the optimum time to take action on your turbine oil can be a complex decision. If you are unsure about your oil analysis results and what action should be taken, consult with the experts. Taking action on your oil at the right time and not too early or too late, results in lower O&M costs and improved system reliability.