Turbine Oil Flushing, Do We Really Need It? 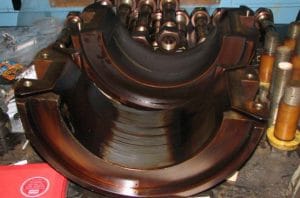 Turbine Oil Flushing, Do We Really Need It?

Within the industry, we’ve always heard that “flushing” should be done or there are particular conditions required to do a flush but what exactly is a flush? Is there one standard definition? As per ASTM D6349 (Standard guide for Cleaning, Flushing and Purification of Steam, Gas and Hydroelectric Turbine Lubrication Systems), flushing is defined as, “circulation of liquid through the lubrication system or a component, when the turbine is not operating to remove contaminant”. While this may constitute the standardized definition of a turbine flush, we’ve realized that within the industry, a flush can mean many different things. Typically, these are categorized into Mechanical, Chemical or Solubility Enhanced System Cleaning.

As discussed above, there are three main categories into which the types of flushes can be categorized. Each method has significant advantages, disadvantages and unique characteristics which define them. Let’s explore each type of flush and what differentiates them from the others.

These usually require external pumps where heated oil is pumped at a high velocity through the system. However, bearing jumpers are typically installed to increase bearing supply and return flow rates in addition to protecting the bearing surfaces from abrasive contaminants. System headers and valve blocks are also isolated from the flush, thus there is a need to perform mechanical cleaning of components after the flush has been performed.

Here’s a brief summary of some of the defining characteristics of a mechanical flush:

Typically, for chemical flushes an oil soluble solution composed of naphthenic base with detergents, dispersants and corrosion inhibitors is added to the in service turbine oil, sometimes water based fluids with cleaners are used as well. The treat rate is approximately 10% used at 48 hours before the outage. Supplemental filtration is required during the flush to accommodate the increased volume of contamination released. After the in-service oil and cleaner are drained from the system, there must be a sacrificial flush to rinse the remaining cleaner from the system. Quite often, multiple charges of the flushing oil may be used to dilute the cleaner in the system and minimize the impact on the new oil.

Here are some of the defining characteristics of a chemical flush:

A solubility enhancer when added to an in-service oil can re-adsorb system deposits such as sludge or varnish. Typically, these solubility enhancers such as Boost VR+™ and DECON™ (both with Solvancer® patent pending technology) are added to the lube oil system at least 3 months prior to an outage in addition to a filtration system such as Fluitec’s ESP™ system which can remove the dissolved degradation products from the oil. Since the solubility enhancer is compatible with the turbine oil there is no need for a sacrificial rinse.

Let’s look at some of the defining characteristics of a solubility enhanced system cleaning:

Now that we’re more familiar with the types of flushes, let’s get into why and when they should be used. 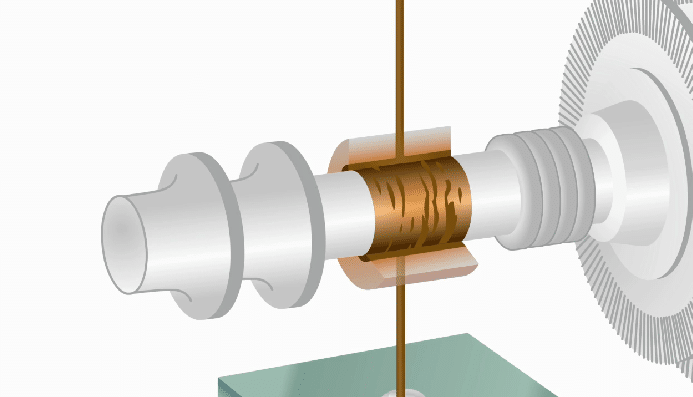 Why should a flush be used?

Before we answer “when”, we need to understand why a flush should be used in the first place. Within the industry, it has become the common practice to drain sumps and then refill these with new charges of oil. We can think about this similar to having a full glass of red soda. When we have consumed this glass of soda (or drained the sump) there are usually remnants in the glass. If we added water to this glass without washing it, the water would now have a red soda flavour. In essence, we have contaminated the pure water with red soda similar to when we drain a sump (containing impurities) and fill this with new oil. The new oil will in turn become contaminated before being in-service which fundamentally decreases the life of this oil.

Oil degradation products are very reactive species and if there are remnants of these after the sump has been drained, then they will attack the new charge of oil and rapidly deplete the antioxidants. With remnants of varnish and sludge in the system, these can negatively impact other properties of the oil such as acidity, water separability, foam inhibition and Membrane Patch Calorimetry.

We’ve seen an example of the oil service life in a large ship’s pitch propeller hydraulic fluid sump being decreased drastically. Usually, the R&O fluid lasted for five years but after the first drain and refill (without flushing the sump), the oil life was reduced to three years! Afterwards, the drain and refill was repeated (without the flush again) and this time the oil life reduced to one year! 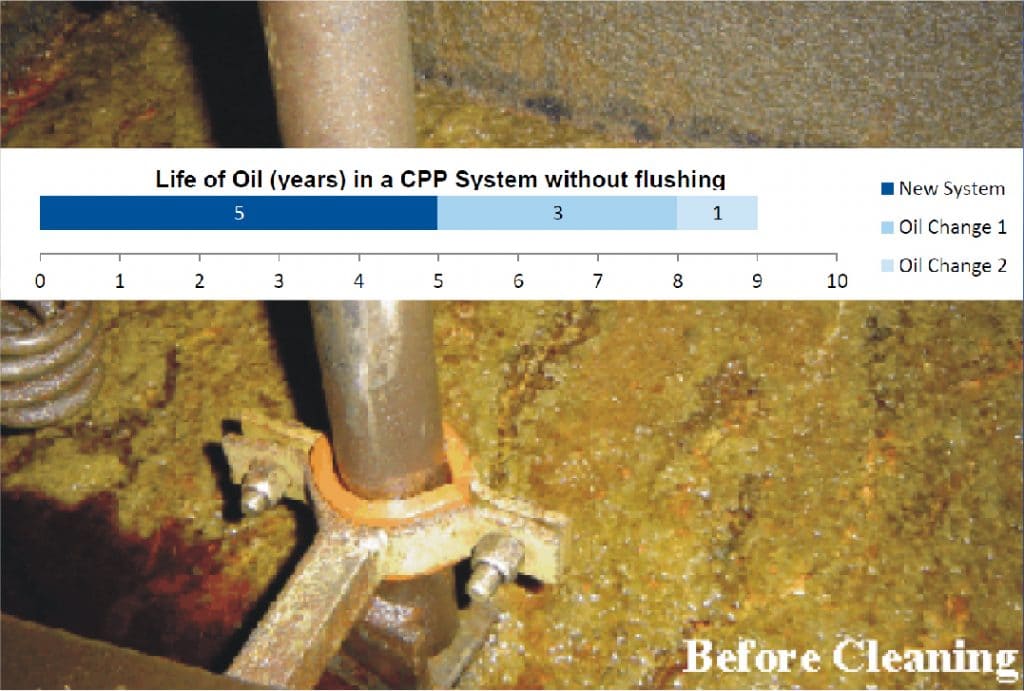 When should a flush be used?

We have already covered the types of flushes and the reasons for flushing but we have not yet covered when a flush should be used. Flushing is usually performed in any of the following circumstances:

In essence, there are many times that we do need a turbine flush but we must be careful in selecting the type of flush that is ideally suited for our system and its conditions. Every system is different and would require analysis of the budget, time and resources available before an informed decision is made on the type of flush and when to flush the equipment. 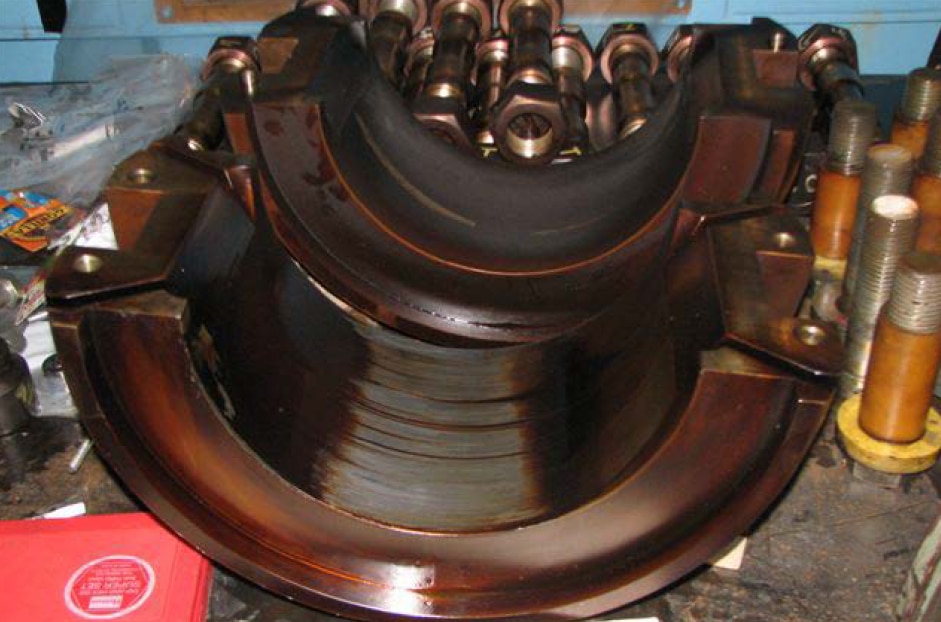