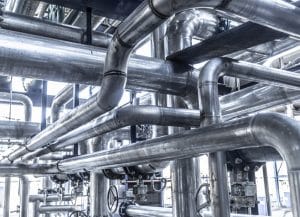 In all lubricant systems, there is a constant challenge in keeping the oil free from contamination. In EHCs (Electro Hydraulic Control) systems, this remains true and takes the highest priority. In these systems, the clearances are typically smaller than regular systems. As such, it is of paramount importance that contaminants are removed from the lubricant before they create blockages which could ultimately lead to unplanned downtime. While traditional filtration devices can be used effectively for lubrication systems, when phosphate esters are involved, the dynamics of filtration undergo some reconstruction. Phosphate esters are usually seen as Fill4LifeTM fluids. These should last for the lifetime of the asset however, if they become contaminated then their lifespan is shortened. Phosphate esters can get easily contaminated with water and it is imperative that these fluids are kept free of any water contamination.

Phosphate esters are hydroscopic, as such it readily attracts water. When water gets into these phosphate esters, it can cause the viscosity to change and introduce additional contaminants to the system. Therefore, phosphate esters should remain clean and dry at all times. Fluitec’s Stealth EHCTM can do that.

Stealth EHC uses patented technology which removes the moisture from phosphate esters by introducing a steady stream of clean, dry air into the reservoir. It uses the principle of mass transfer. When the humidity of the fluid is greater than that of the air (headspace), water molecules transfer to the dry air and the fluid then becomes dry. This activates reservoir breathing which will continuously purge and dehydrate the reservoir headspace and remove water from the fluid.

The Stealth EHC system blankets the reservoir headspace with super-dry clean air. This low pressure air purge in the headspace allows moisture to be extracted from the fluid as well as prevents contaminants from entering the fluid. This system is inexpensive to install, has no moving parts or electrical connections and does not require maintenance. 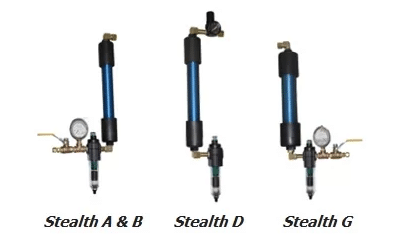 There are several benefits which can be derived from using Stealth EHC. Here are a few of them:

Moisture isn’t the only contaminant which Phosphate esters should avoid. Often, the contaminants which enter our systems can cause chemical reactions within the fluid which in turn produce harmful contaminants. Sometimes, strong acids, weak acids or metals can contaminate the fluid and these have to be removed. Fluitec’s Endure IX can assist with removing these contaminants.

The Endure IX has an optimum blend of media designed to target specific contaminants. For instance Endure IX has different types of media which are engineered to remove stronger acids, weaker acids (phenolic alcohols and varnish-forming molecules) or dissolved metal from the fluid. It uses the process of physisorption which removes the contaminants. When Endure IX is coupled with Stealth EHC, they can prove to be more efficient in removing a wide range of contaminants from the fluid. The picture below shows a cross section of an Endure IX filter. 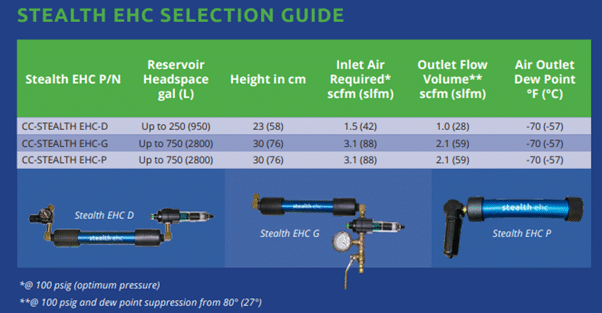 Users should also pay attention to the Stealth EHC Specifications as listed below. These provide more information on the materials used in the Stealth EHC components. For instance, the type of pre-filter media used is borosilicate glass with a polycarbonate, Zinc pre-filter housing. 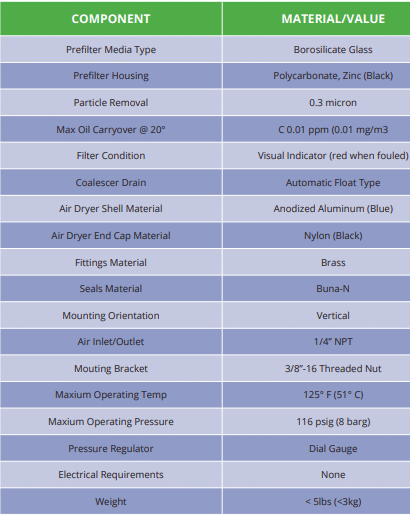 The maximum operating temperature is 176°F while the typical pressure drop varies between 3 – 7 psi. Find out more about the Stealth EHC components here and be sure to choose the most appropriately suited one for your system.