Which Varnish Mitigation System Is Right for Your Equipment? 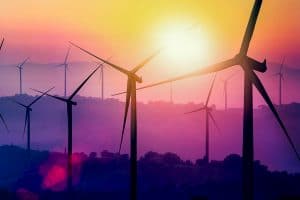 Varnish occurs in many types of equipment ranging from hydraulics, turbines, compressors or even pumps. However, the only common factor amongst these types of equipment is the occurrence of these degradation deposits. The type of deposits produced varies significantly and is typically characterized as being either organic and soluble or inorganic and insoluble. These degradation products are usually quite complex and can have very unique physical characteristics.

When varnish is produced it usually causes valves to stick, flow lines to become blocked, filters to be fouled and bearing clearances to decrease. These all lead to reliability challenges and increased downtime of the equipment. As such, one key task is to remove these deposits from the equipment and prevent these reliability related issues. To understand how these can be removed, we must firstly understand how they are formed.

How is varnish formed?

Typically, lubricants degrade in service due to thermal, oxidative and mechanical stresses which result in the formation of deposits. Over the last two decades, OEMs have been tasked with designing faster, smaller, more efficient machines. These new designs promote an increased amount of stress on the lubricant. Oil manufacturers are now required to produce oxidative stable oils which can be used longer at higher temperatures in smaller spaces with the ability to withstand a wide range of contaminants. As such, oil manufacturers have to change their chemical formulations to meet these more demanding specifications.

There has been a shift from Group I to Groups II & III base oils to achieve these demands but with this shift there was also a change in the pattern of degradation. Newer lubricants are now lasting longer, performing better but also failing at a faster rate compared to the linear and predictable fashion of traditional oils. As a result of new additive chemistries, the increase in equipment performance duties and more extreme lubricant operating conditions, equipment is now experiencing an increased presence of varnish. 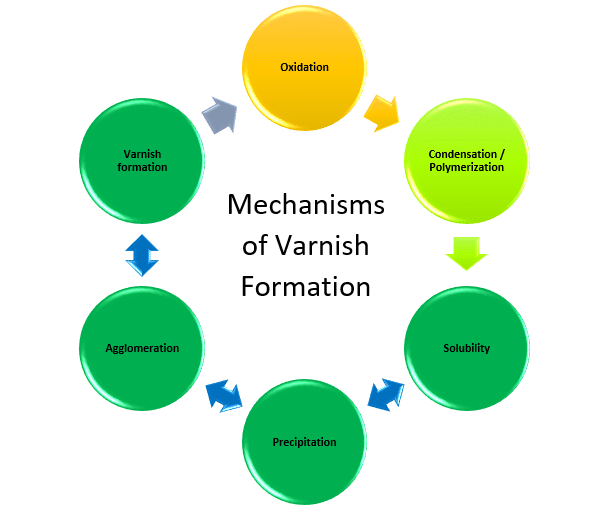 Figure 1: The Varnish Lifecycle showing the typical stages of oxidation to varnish formation

As shown above in the varnish lifecycle diagram, there is a double arrow between the solubility-precipitation-agglomeration-varnish formation stages. This indicates that these reactions are reversible. Hence, it is possible that varnish which has been deposited in the system can be removed and reabsorbed into the oil and these particles can once again become fluid. This is evidenced in figure 2 below which shows the same oil but at different temperatures.

When varnish is discovered in a system, the first instinct is to have it removed before it impacts on the system’s reliability. The ability to adequately remove these sub-micron contaminants using varnish mitigation systems is highly dependent on:

As discussed above, the chemistry of the contaminant affects whether it remains in solution or not. If the degradation products consist of depleted metallic-based additives, these are inorganic in nature and have difficulty remaining in solution. These types of contaminants require technology which can efficiently remove sub-micron contaminants.

On the other hand, if the contaminants are organic in nature, then they may consist of phenols, amines and / or oxidised base oil. Usually, these contaminants have a “melting” point between 40 -50°C. Thus, at 50°C most of the organic soft contaminants are in solution. As such, the filtration technology required for these types of contaminants depends on the temperature of the fluid being treated. Additionally, time plays a significant role in this process as the oil will take some time to acquire the required temperature for the contaminants to go back into solution.

There are four main types of varnish mitigation systems which are available on the market. These are discussed below.

These utilize electrostatic forces to charge contaminants whereby negatively charged particles are attracted to a positive collection zone and positively charged particles are attracted to a negative collection zone. This phenomenon is called electrophoresis. Neutrally charged particles can also be removed through a process called dielectrophoresis. Electrostatic oil cleaners require a non-conductive environment to function and are sensitive to small amounts of water contamination. They can however, effectively remove sub-micron contaminants in suspension.

This is similar to Electrostatic oil cleaners where particles are charged with electrostatic forces and then allowed to agglomerate in size. However, the charge on the particles is not restrained to the confines of the filtration equipment. Contrary to EOCs, the agglomeration occurs when the oil returns to the lubrication system. The sub-micron particles agglomerate to multi-micron sized particles and these can now be filtered by mechanical filtration. These CAs also have a sensitivity to water as EOCs.

These filters can filter particles down to approximately 3 microns in size. They are typically fitted with polar, cellulose media which attracts the polar oil degradation products. DMs are effective at removing polar sub-micron contaminants which are in suspension. However, if the oil has been heated above the melting point of the contaminants, then all the filtered oil degradation products will melt into solution and re-contaminate the oil.

This is a patent pending technology which has been designed to remove organic soft contaminants from lubricants utilizing selective absorptive filtration media. This technology can effectively remove oil degradation products which are in solution. The filter media is not affected by water or other contaminants and it does not impact other additive components in the formulation.

Each of these 4 types of varnish mitigation systems has limitations as well as benefits. Therefore, their effectiveness is highly dependent on the system in which they are used. It should be noted that electrostatic-based technologies are superior when removing inorganic degradation products regardless of the temperature. On the other hand, temperature is a critical factor to consider for R&O oils which typically produce organic degradation products. The following table provides a guide to selecting an appropriate varnish mitigation technology. 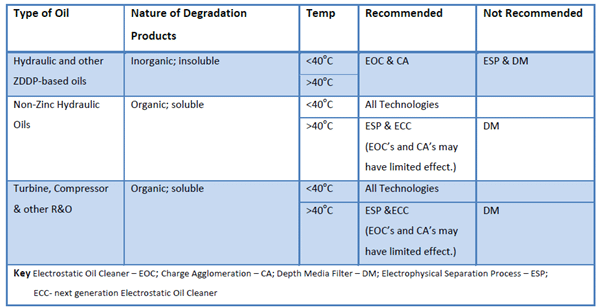 Table 1: Recommended varnish mitigation systems based on the chemistry of the contaminants and temperature of the fluid

One example to consider would be a plant which wants to remove oil degradation products from in-service lubricants during an outage. If they leave the oil to cool for many days, all of the above identified technologies will work to varying degrees of success. Subsequently, if they wanted to permanently connect a kidney loop varnish mitigation system to their reservoir both the EOC and ESP have shown good cleaning results in the field.

EOCs are an effective technology for removing sub-micron insoluble contaminants in hydraulic oils and lubricants. ESPs are an appropriate technology for removing soluble contaminants from turbine oils. However, a combination of technologies can provide improved cleaning efficiency for demanding applications where temperature levels are above 50-60°C. Essentially, the conditions of the system and type of deposit need to be thoroughly assessed before decisions are made on the type of varnish mitigation system to be used.