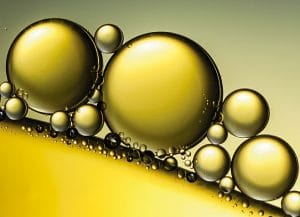 Oxidation is one of the most prevalent forms of lubrication degradation which takes place in almost all lubricants. One method of combatting oxidation is through the use of antioxidants. While antioxidants are sacrificial in nature, their presence (or absence) is typically used as an indicator for oxidation. Hence, tests have been formulated to track different aspects of antioxidants but do these measures really add value?

What exactly is Oxidation?

Essentially, we need to understand oxidation before we delve into whether we should monitor antioxidants or not. Oxidation leads to a number of issues which affect the reliability of the lubricant. It can cause an increase in viscosity, varnish formation, sludge and sediment formation, additive depletion, base oil breakdown, filter plugging, loss in foam properties, loss of demulsibility properties, acid number increase, rust and even corrosion. Overall, oxidation is not recommended for your equipment!

In the past, oxidation was defined as a reaction involving the combination of oxygen which became accelerated with heat. However, its definition has been expanded to include any reaction in which electrons are transferred from a molecule. When applied to real life examples, iron undergoing rusting and combustion are also forms of oxidation. Alternatively, when applied to a hydrocarbon (such as base oil), oxidation involves slower reactions. These reactions undergo complex steps where a variation of products are produced.

Ideally, oxidation involves three basic steps; Initiation, Propagation and Termination. These are typically followed by condensation / rearrangement which increases the lubricant’s viscosity and insolubility of the by-product. By limiting the source of oxygen (initiation), shortening the number of reaction cycles (propagation) or adding alternate stopping methods (termination), oxidation can be controlled.

During initiation, a free radical is produced. This free radical is a molecular fragment having one or more unpaired electrons accessible to easily react with other hydrocarbons. Although free radicals are usually short-lived, they are highly reactive. As such, they propagate forming additional alkyl or peroxy-radicals and hydroperoxides. Typically, antioxidants are responsible for disrupting the propagation step as they terminate the process to form stable radicals. Therefore, there is a direct correlation between the number of free radicals and the depleted amount of antioxidants. 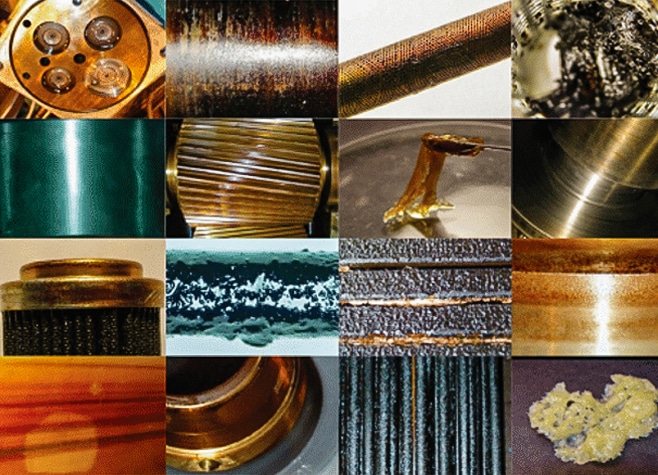 Finding out more about Antioxidants

Primary Antioxidants are known as radical scavengers and remove radicals from the oil. Amines and phenols are the most common types of primary antioxidants. These can exist in turbine oils with an average concentration of 0.3 – 0.7 wt%. These can both be measured using the RULER test.

Secondary Antioxidants on the other hand, eliminate peroxides to form non-reactive products which do not participate in further oxidation of the lubricant. ZnDtP or ZDDP (Zinc dithiophosphates) and sulphurized phenols are examples of secondary antioxidants. The average concentration of these ZDDP antioxidants can reach up to a maximum of 1.5 wt% in automotive crankcase lubricants. These are also detectable through the RULER analysis.

Mixed antioxidant systems are often used in synergistic mixtures to achieve extended lubricant life. In this situation, one antioxidant sacrifices itself in preservation and regeneration of the other. This is typically seen between amines and phenols. Usually, the phenols deplete early in the oxidation life while the amine depletion is more stable during this time. Another example of a mixed antioxidant system includes a combination of primary and secondary antioxidants which can remove both radicals and hydroperoxides. 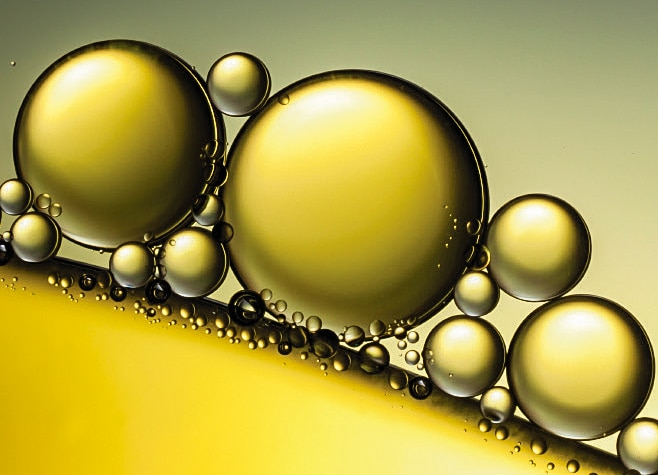 There have been a number of tests developed to study the behaviour of oxidation of a new fluid, which include:

On the other hand, these tests were developed to measure the effects of oxidation on the In-Service oil:

There is a difference between studying the behaviour of oxidation of a new fluid vs measuring the effects of oxidation on the in-service oil. The measurement of the effects of oxidation on the in-service oil gives us more info on what is taking place with the oil currently in the system. One of the most useful tests is the RULER test which trends the presence of antioxidants in the lubricant. The following can be used as a guide for interpreting turbine, compressor and other R&O oils depending on the antioxidants used:

One should note that under oxidative conditions, phenols regenerate amines, as such they deplete first. This is characteristic of the mixed antioxidant system which we spoke about earlier. However, if amines are depleting at the same rate as phenols or faster, water could be entering the reaction causing unusual degradation.