Eliminating Deposits and Rebalancing Antioxidants – Can It Be Done? 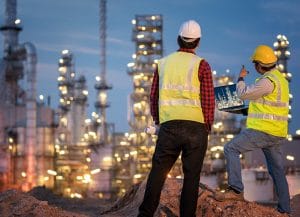 Eliminating Deposits and Rebalancing Antioxidants – Can It Be Done?

The Quest for a solution

During the life of a lubricant, it usually undergoes aging and depletion of its additives. If a lubricant is subjected to particular environmental and operational conditions then it can start to degrade and produce deposits. Traditionally, if deposits start appearing or the antioxidants get depleted, the lubricant is rendered as failed and is disposed. This leads to a new charge of oil being ordered, flushing procedure carried out and the scheduling of all the logistics required to have the system returned to functionality. What if we didn’t have to dispose of the lubricant in the first place? Perhaps, we could have used some method of eliminating the deposits formed and even rebalancing the antioxidants in the lubricant? Does such a product exist?

DECON AO has been formulated to effectively dissolve varnish thus quickly and safely decontaminating the system while replenishing the antioxidants in the oil. It also enhances deposit control performance ensuring that deposits remain in solution and do not adhere to servo valves, seals, bearings or any of the systems equipment. Typically, when varnish adheres to these components, the system’s temperatures rise (due to varnish’s insulating nature) and they reduce their efficiency by blocking the small clearances. DECON AO ensures that there is long term deposit control performance in the lube system to eliminate these challenges.

All lube systems are not created equal and a standardized solution for antioxidant replenishment cannot be readily adapted. As such with DECON AO, the scientists at Fluitec determine the treat rate and formulation based on the original oil formulation and the condition of the current in-service formulation within your equipment. Once these have been assessed, DECON AO can be directly added to your equipment at your site without the need of special equipment.

What are the benefits of DECON AO?

The first and foremost benefit of using DECON AO is the simplicity of having one product that replaces several products and services while allowing users to save money. Here’s a full list of the benefits that DECON AO provides: 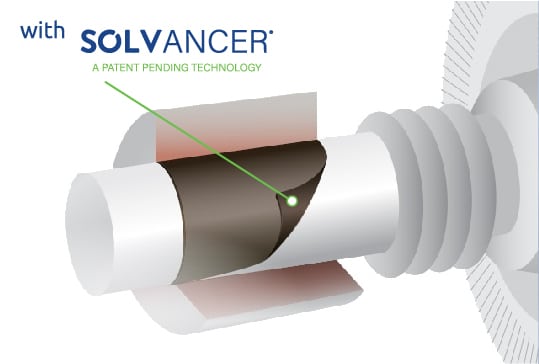 Fluitec has warranted that DECON AO is compatible with existing turbine oil and will not cause any adverse performance effects to the in-service lubricating oil, provided simulation testing is performed. When DECON AO is added to a qualified in-service oil, it is warranted to meet the oxidative and viscometric performance requirements of OEM and international Standard Body turbine oil specifications including:

This proves the confidence and assurance that Fluitec has placed in DECON AO as they have gone the extra mile to ensure that it meets the approvals of OEMs and technical societies.

Antioxidants are sacrificial in nature. When varnish is present, these antioxidants get depleted however DECON AO replenishes those antioxidants but the varnish molecules may still remain in solution. The ESP (Electrophysical Separation Process™) system created by Fluitec ensures that these varnish molecules are removed from the system so that they can no longer cause any harm. The ESP system coupled with the presence of DECON AO truly turns the lubricant into an asset and makes the system a real Fill4Life.

Fluitec’s Fill4Life program was designed to extend the life of our customers’ capital equipment and fluids while supporting their quality and maintenance programs through the minimization of overall costs and waste. Some of the key aspects of a Fill4Life fluid is the minimization of contaminant ingression, removal of oil degradation by-products and replenishment of sacrificial additive components while monitoring the health of the fluid. All of these are achieved through the combined use of DECON AO and ESP. 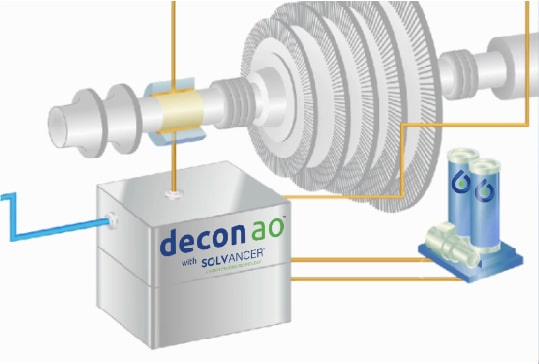