Does It Matter If I Flush Or Not?! 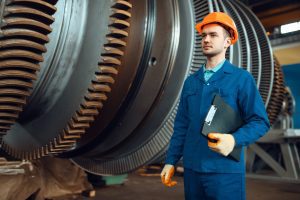 Does It Matter If I Flush Or Not?!

Within the industry, the question of whether to flush between oil changes has been asked numerous times. “Is it cost effective, does it really make a difference to the system?” are also asked in tandem. Flushing is recommended in systems that have experienced varnish and in systems that have accumulated some form of contamination. Here are two examples where it would have been a wise decision to flush between oil changes.

The used oil in a large gas frame turbine was degraded and contributed to valve performance issues due to varnish. This used oil was drained and new oil added to the system without a flush being performed. However, within one week there was a decline in the RPVOT and RULER values while the MPC value was recorded outside of the normal range as seen in the table below.

Table 1: Adding new oil to a varnished gas turbine, significantly impacts the quality of the fluid.

Table 2: Estimated financial impact of not cleaning the lube system between oil changes.

New oil was added to the hydraulic sump of the controllable pitch propeller system in a large ship. Initially, the new oil lasted for 5 years without any degradation of the fluid. After the first oil change, the system was not cleaned and another batch of fresh oil was added. However, this second batch of oil only lasted for 3 years before degradation was noticed. The second batch of oil was changed and a third batch of new oil added to the system. This third batch of oil only lasted for one year before degradation began as shown in figure 1 below. Upon examination of the sump, it was realized that there was a large range of deposits as shown in Figure 2.

Figure 1: Life of the oil in a CPP system is approximately cut in half when new oil is put into a dirty system.

It is wise to flush a system between oil changes especially if the used oil contained varnish deposits or was contaminated in any way. Another alternative is to guarantee that the oil never gets contaminated or impacted by varnish deposits. This can be achieved through the combined use of Fluitec’s DECON™ with patent-pending Solvancer® technology and ESP™ (Electrophysical Separation Process) system. The addition of the DECON product to the system ensures that varnish deposits remain in solution while the ESP system can effectively remove these deposits from the system. Thus, this enables the system to remain clean and allows an extension of the oil life.