Can Varnish Exist with a Low MPC Value? 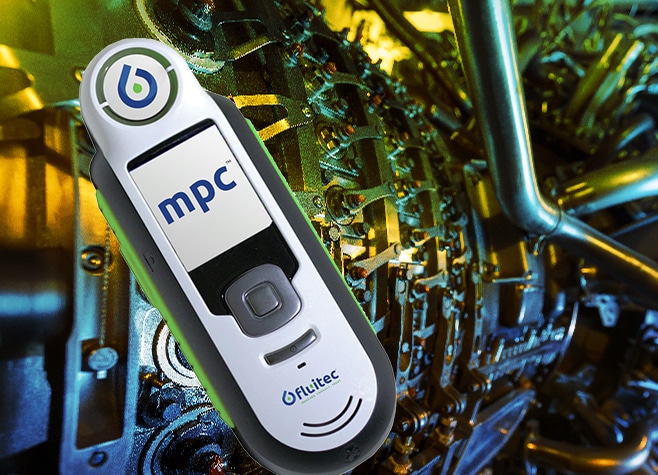 Typically, MPC (Membrane Patch Calorimetry) has been used to indicate the presence of varnish in systems. However, there have been instances where a low MPC was reported but varnish still existed in the system! Before we explore this further, let’s take a look at the Lab tests used to identify the presence of varnish. These are usually categorized in three classes namely;

MPC is one of the most widely used tests to identify the presence of varnish as it uses a patch to confirm the quantity of soft contaminants. The colour of the patch indicates the amount of oil degradation products in the oil. It must be noted that even though the colour of the oil sample may differ, the patch will reflect the contaminants and not the colour of the oil. However, some degradation products produce lighter coloured deposits compared to others. This is highly dependent on the type of deposit being produced.

Can MPC be ineffective?

There are instances where the MPC reading may prove to be ineffective. These cases can be characterized into non-traditional deposits or the system condition not being reflected in the oil condition. For non-traditional deposits such as chemical degradation, non-oxidation derived deposits and compatibility issues, the MPC readings do not accurately reflect the amount of soft contaminants present. PAGs and Phosphate Ester fluids are incompatible and can form immiscible droplets which can impact on the MPC rating. On the other hand, a recent oil change may not reflect varnish which is already in the system. Similarly, if a system has remained cooled for an extended time its condition will not be accurately reflected in the MPC rating.

Deposit characterization is the best process to be used when trying to understand varnish. When the deposits are characterized, this can help us to:

Deposits can be characterized through two levels. The first level of characterization involved the chemistry of the deposit. In this level, the deposit can be classified in the following categories; Organic, Water, Lubricant or Non-Organic. On the second level of characterization, we need to identify the source. For Organic deposits, we can determine if the source is; Formulation Derived, Thermoplastic, Thermal Decomposition, Oxidatively Derived, Contaminant Derived or Biological. On the other hand, for Non-organic deposits, these can be characterized as either; Formulation Derived, Inorganic, Soot, Coke or Coal. Let’s take a closer look at some case studies where the MPC levels were low and well within the normal range yet still, varnish existed.

Case Study 1: Sticking Valve in a pump at a Nuclear Plant.

In a nuclear plant, one of the pumps had a sticking valve. As this impacted the efficiency and reliability of the plant, it was decided to shut the plant down to investigate and solve this issue. The unit was shut down for 30 hours to investigate and this cost an average of USD 1M.

The oil appeared to be in good condition: 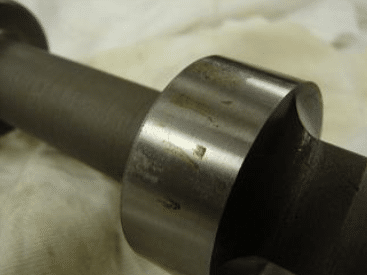 Upon physical investigation, the deposits were removed and analysed from the valve surface. It was found that the chemistry on the valves did not match those of the oil!

It was concluded that ammonia was present in the plant’s steam.

It was not feasible to remove the sources of ammonia from the system. Hence, they decided to remove the carboxylic acids (oil degradation products) to prevent the reaction from occurring.

Additionally, the plant began to monitor the units using FTIR. This would help in measuring the acidic content and amine production.

Oil analysis results from the gas turbine revealed that the oil was in good condition. Its MPC value was 5. However, users experienced oil flow problems in the seal line of the gas turbine system caused by heavy deposits.

The deposit was characterized as an aldehyde. This is a degradation product of the particular phenolic antioxidant and was created during sublimation.

Phenolic-derived deposits (Aldehydes) do not show up in MPC tests. Typically, they are easily dissolved in warm oil and do not cause operational issues except when the oil is cold.

Hence, users may not be aware of the presence of this deposit only if the oil gets cold and produces these deposits.

An Ammonia compressor experienced elevated bearing temperatures and heavy deposits in thrust bearings. These threatened the reliable operation of the ammonia compressor. However, oil results reflected that the oil was in good condition with an MPC of 7 and Amine Antioxidants of 80%. 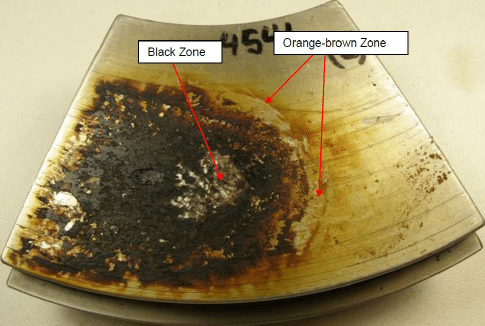 Upon investigation of the bearing, it was found that the black zone chemistry showed coke and pre-coke chemistries which illustrated extreme thermal stress. However, the deposits in the orange zone revealed carboxylic acids and phosphate.

Within the black zone, the area itself experienced very high localized bearing temperatures. These created coking which was not represented in the oil sample.

Additionally, the phosphates were derived from the EP additive system and had undergone significant oxidative thermal stress. This was probably accelerated by the presence of ammonia and this was not soluble in the oil.

As such, the MPC could not reflect its presence.

It is very important to physically inspect equipment during their downtime to ensure the absence of deposits. As seen above, there can be instances where the MPC values are within the normal range but deposits still exist and can affect the efficiency of the system. Once deposits are found in a system, the best method of determining the root cause is through characterization. Then, potential remedies can be identified and executed accordingly. It is important to remember that not every system will have the same deposits or challenges hence deposit characterization is critical!