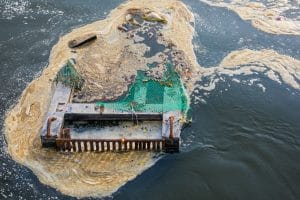 Typically, when we think about oxidation, oils are at the top of the list. However, greases can oxidize as well. Greases consist of base oil, additives and thickener, hence the base oil or thickener can become oxidized just as in regular oils. When a grease oxidizes, it will lose its capacity to effectively perform its function/s. This renders the grease ineffective and this can impact the reliability of the equipment. Through detection of the onset of oxidation, we can help prevent it and save our equipment.

The additives used in greases can include antioxidants, corrosion inhibitors, metal deactivators and of course thickeners.  Each additive has a specific function to provide a desired performance standard for the grease. These additives aid in protecting the grease from oxidation and other demanding operational conditions. While these can protect the grease to an extent, we must be aware of the oxidation accelerators which exist.

Some oxidation accelerators include:

*Water Contamination – this can enter the system due to ingestion, condensation or during fresh grease top up. Water is bad for any system, so any trace of it can increase the risk of oxidation.

*Metal and particulate contamination – these can increase due to wear or ingestion. Additionally, they can act as catalysts and decompose hydroperoxides.

*Temperature stress – hot spots can also contribute to the increase in oxidation. As temperature increases, the rate of oxidation will also increase, this applies to greases and oils alike.

The oxidation process for oils and greases are quite similar as they both involve the scavenging of free radicals to stop the formation of oxidation products (such as acids or sludge). However, the actual mechanism is highly dependent on the type of antioxidants which have been applied or selected. 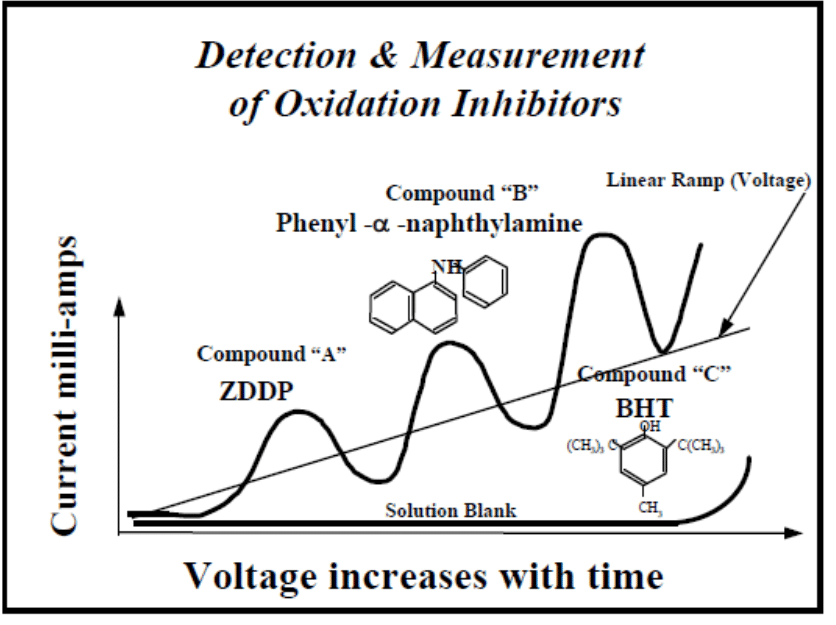 *Primary Antioxidants – Amines (DPA, PANA) and hindered phenols are characteristic types of primary antioxidants which are widely used in greases. These essentially work by removing the radicals during the propagation stage of the oxidation process.

*Secondary Antioxidants – these are typically Zinc dithiophosphates (ZnDtP or ZDDP) or sulphurized phenols. This type of antioxidant works by eliminating peroxides (hydroperoxides decomposers) and form non-reactive products which do not participate in further oxidation of the lubricant.

*Mixed Antioxidant Systems – typically, antioxidants are used in synergistic mixtures in most modern lubricant formulations. In this type of system, one of the antioxidants sacrifices itself in preservation and regeneration of the other. One common example of this type of synergistic relationship is the synergy between amines and phenols. In this relationship, hindered phenols deplete early during the oxidation process while the amine concentration can remain constant during this phase offering additional protection to the lubricant.

What techniques can be used to measure antioxidants in greases?

When considering in-service bulk grease condition monitoring programs, most of the tests are quite lengthy and expensive. However, there are a few tests which can be applied to these greases:

*FTIR (Fourier Transform Infrared Spectroscopy) – this gives the molecular fingerprint of the lubricant. As such, it can easily identify the presence of oxidation by products (such as ketones, esters, carboxylic acids, carbonates, aldehydes, anhydrides and amines) even before a change in acid number is detected. Grease samples may be processed either in absorbance using an ATR (type of fixture used to hold grease or a liquid sample) or transmission using a thin polyethylene film. There have been some applications where measurement is performed in a direct mode using a combination of an IR microscope with a reflectance objective and FTIR spectrograph with a KBr beam splitter.

*Linear Sweep Voltammetry (RULER) – for this method, a grease sample is mixed with an electrolyte and a solvent and placed in an electrolytic cell to detect the electrochemical (antioxidant activity). Peaks are produced by the voltammetric method and then used to evaluate the remaining antioxidants in the grease sample. Usually, the peak of a zinc dialkyl dithio phosphate (ZDDP) additive is followed by an amine (PANA) and then by a hindered phenol (BHT) as shown below.

*High Performance Liquid Chromatography (HPLC) – an amount of 50 to 150 mg of extracted oil is dissolved in an HPLC solvent to get a concentration where the sample is filtered over a 0.5mm PTFE filter before injection in the HPLC instrument. A separation of components is reached by applying a gradient using solvents (usually acetonitrile, dichloro-methane and water) and 254nm UV-light is applied at 8.00Hz sampling rate. This test is not very popular and very minimally used.

It was found that the two best methods to identify the presence of oxidation are FTIR and RULER. Upon further comparison, it was found that the RULER test had more repeatability compared to the FTIR. The FTIR test varies directly by the thickness of the sample tested. A thicker sample produces a greater peak intensity compared to a thinner sample. This complication requires the scaling of the FTIR measurements prior to the extraction of data from peak measurements.

From the data, it was found that the value shown by the RULER test had been depleted by 50% of the bearing service life. As such, it can be determined that the presence of any antioxidant in the grease sample would indicate its remaining chemical stability to protect the grease and meet its performance specification requirements.

While uncertainties exist for both methods it must be noted that FTIR requires extensive and complicated preparation work to initialize the grease to obtain useful information. In this preparation, there are great opportunities for errors. However, once the preparation work is setup and completed, the processing time is quick and straightforward. There is also an additional benefit of detecting the presence of additional information such as the presence of water.

On the other hand, RULER requires minimal preparation work to initialize a new grease type. While the effort to prepare and process a sample is a bit more than FTIR, it is simpler and more user friendly. It requires the use of a precision scale and has less uncertainty associated with it. Overall, the presence of oxidation in a grease can be determined and we can effectively prevent unplanned equipment shutdowns.