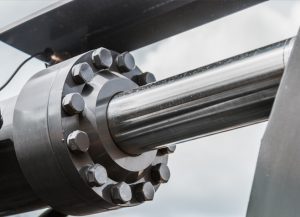 Hydraulic fluids undergo some of the most extreme conditions, as such, they tend to degrade faster than most fluids. Over the last decade, we have seen OEMs reduce sump sizes by as much as 40% while clearances became tighter, efficiency demands increased and carbon footprints have been reduced. Generally, hydraulic systems are being pushed towards increased power outputs and productivity which require higher speeds and shorter cycle times. These conditions put additional stress on the hydraulic fluid.

One of the most critical aspects of hydraulic fluids is its cleanliness. Due to the tight clearances in hydraulic systems, it is important that the fluid is kept clean of contaminants to ensure that there are no blockages. Thus, if varnish becomes present in the form of system deposits, this can prove disastrous for hydraulic systems! Typically, oxidation is seen as the most prevalent form of degradation closely followed by depletion of antiwear product. Other degradation mechanisms such as microdieseling and spark discharge are also being noticed in hydraulic oils.

Effects of Varnish and Deposits

The presence of varnish and deposits in a system usually leads to operational challenges. Characteristically, increased wear rates, declines in heat exchanger efficiency, impairment of oil flow (leading to starvation), clogged filters and reduced oil life are seen in hydraulic systems experiencing varnish. One of the most sensitive components is the servo valve which is typically subjected to valve hysteresis and chatter caused by the increased static friction required to move the varnish coated components, an example is shown in figure 1.

Some operational impacts to the hydraulic system include: 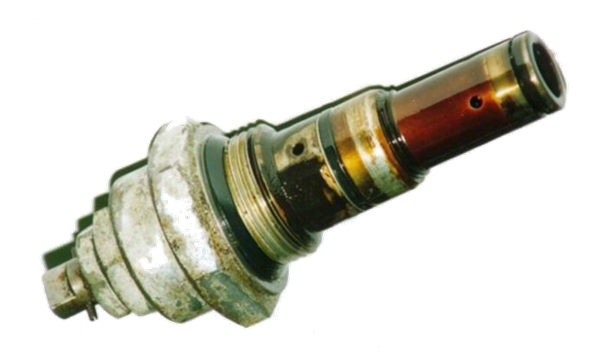 Figure 1: A small layer of varnish deposit due to hydraulic oil oxidation can lead to servo-valve sticking, accelerated wear and malfunction. (Source: A. Sasaki)

Traditionally, hydraulic oils were formulated using Group I base oils (solvent refined) and ZDDP (Zinc dialkyldithiophosphate) where ZDDP was used as both an antiwear and antioxidant. However, advancements within the sector have seen hydraulic fluids evolve to three new types of formulations designed to combat the degradation modes.

These three new formulations are:

Use of High Purity Base Oils – Group II & III base oils are being used as the preferred base oil compared to the Group I’s. When coupled with the correct antioxidants, these can actually provide improved oxidation stability and longer drain intervals. These higher purity base oils also have lower solubility of impurities which often result in poorer deposit control (compared to Group I’s).

One of our customers thought that they had no issues with their hydraulic oil as their oil results all came back in the “normal” zone. They were performing the standard tests such as Viscosity, Acid Number and Elemental Spectroscopy and each reported “Acceptable” levels. However, varnish was noticed in the system. Why didn’t these tests indicate that there was an issue with the fluid? The simple answer is that these tests were not suited to determine the presence of degradation in a hydraulic fluid.

While Elemental Spectroscopy is very useful in identifying metallic components but it does not measure the health of additives. Due to the lower solubility of Group II & III base oils, the degradation products may not remain in the fluid long enough to be converted into acidic molecules. Hence, acids may only develop after all the antioxidants have been depleted. As such, the rise in Acid Number will be noticed too late. Additionally, an increase in viscosity can be triggered by the presence of oxidation or several other factors. Thus, these tests are unsuitable for determining the presence of degradation in hydraulic fluids.

The following tests are recommended to adequately predict hydraulic oil failure due to oxidation:

Voltammetry, RULER (ASTM D6971) – This can identify the antioxidant health of both primary and secondary antioxidants used in hydraulic oils.

Molecular Spectroscopy using Fourier Transform Infrared (FTIR) – There are several ASTM methods that can be of value in monitoring hydraulic oils.

Ultracentrifuge – Extracting and qualitatively measuring the amount of degradation products through high centrifugal forces has been successful in predicting the onset of varnish.

Oxidation enjoys the title of being the most popular mode of degradation however, other modes exist. It is critical that we understand the different modes so that we can take the necessary actions to avoid them. Each mode has specific characteristics which defines the type of deposit being produced.

Here is a quick overview of the modes of degradation that hydraulic fluids can undergo:

Oxidation – most prevalent mode due to hydraulic systems experiencing elevated temperatures, speeds and pressures. It is further accelerated with heat and metal catalysts such as iron and copper

Thermal Degradation – occurs in excess of 300°C but has several distinctive modes:

Microdieseling – the process through which air bubbles implode as they move from a high pressure zone to low pressure zone. This is also called adiabatic compression and can result in temperatures above 1,000°C. Carbonaceous deposits are formed and these can be seen as a black patch with dark brown varnish background in the MPC test.

Electrostatic Spark Discharge – static electricity builds up to the point where it discharges, creating sparks up to 10,000°C which thermally degrades the oil.

Extreme Temperature Zones – occasionally, these occur when valves malfunction or there are improperly sized reservoir heaters which can create high, localized temperatures. These can crack the hydrocarbon molecules impacting the fluid’s viscosity, flash point and other physical characteristics. Coke products are usually formed under these high temperatures in addition to other fluid degradation products.

Ultraviolet Degradation – hydraulic oil stored outside in poly-totes can be subjected to ultraviolet light. This can degrade the fluid rapidly. It must be noted that oil samples exposed to sunlight can also suffer the same degradation which can skew results.

Contamination – contaminants can accelerate the rate of degradation or cause other types of failure to occur.

Here are the types of contaminants:

Dirt and hard particles – can act as catalysts to speed up the rate of oxidation. Some examples of wear catalysts are iron and copper.

Water – a host of fluid film, corrosion and viscosity issues usually appear with this contaminant. Water can also react with various additive molecules and can decompose ZDDP molecules to form zinc sulfate and phosphate salts.

In essence, the modes of hydraulic fluid degradation need to be understood so that they can be avoided. Hydraulic fluid failures can also be avoided by ensuring that the correct oil analysis tests are being conducted to notify users of changes in the fluid that need to be monitored.