Are We Using the Best CM Strategies for Our Turbine Oils? 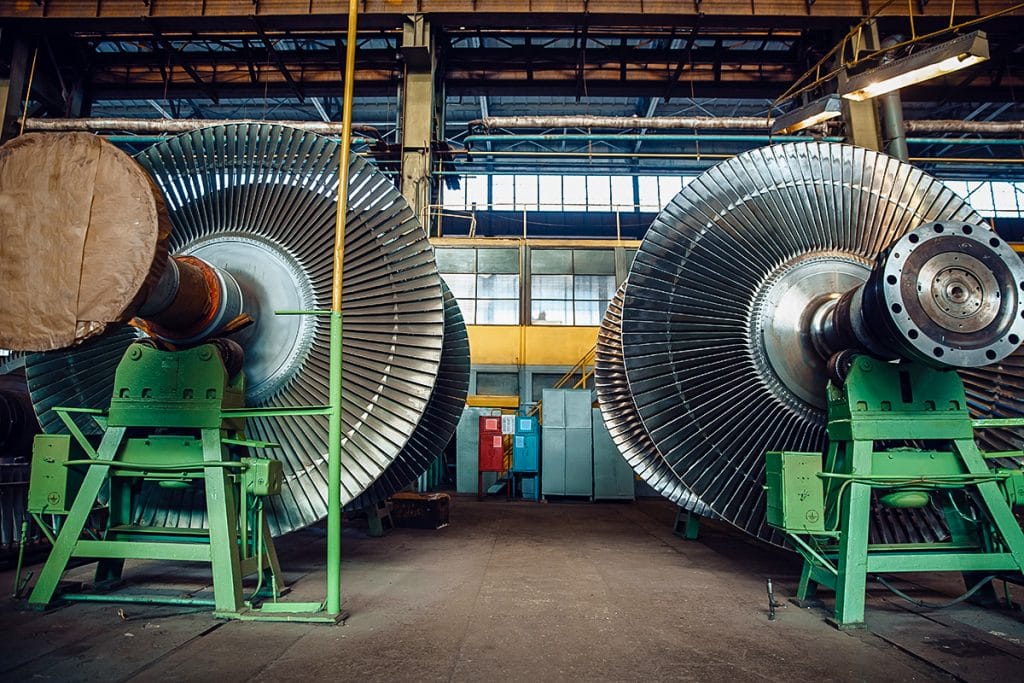 Are We Using the Best CM Strategies for Our Turbine Oils?

The evolution of turbine oils

Turbine oils have evolved from the 1900s. During that time, it was sufficient to use simple tests to gauge the health of the turbine oils. Turbine oils were not as complex as they are today. We have seen the move from Group I to Group II & III base oils and in some cases to the Group IV & V base oils. As the switch was made to different base oils, the chemistry of the additive packages also changed. Additionally, the antioxidant chemistries become more complicated as they were adjusted based on the base oil being used. Remember, most turbine oils are approximately 99% base oil. The remaining 1% has the very important job of balancing additives with performance.

The turbine oils of today undergo various stress factors. They are responsible for performing their functions in extremely harsh conditions. In some instances, the turbine oil is also used in the turbine bearings, generator bearings, load gears and servo valves in the hydraulic system. The oil can have a bulk reservoir temperature of 135°F (57°C) with a reservoir residence time of 5.8 mins. However, this can be exposed to temperatures in excess of 500°F (260°C). This is typically experienced in Class E gas turbine models. Additionally, the environmental conditions of the location of the unit, its duty cycle and the plant’s maintenance practices all have integral roles regarding the stress experienced by a turbine oil.

The three most influential factors which contribute to the changes in the chemistry of these turbine oils are:

While RPVOT has been used as a differentiating factor for some turbine oils, its actual efficiency in evaluating the oxidative stability of a turbine oil should be considered. Antioxidants significantly impact the results of the RPVOT test. As shown in the figure below (based on research by Albemarle Corporation), when Amine 2 has a concentration of 0.45% by weight, the resulting RPVOT value exceeds 3500 minutes. On the other hand, phenolic content at the same 0.45% concentration, yields an RPVOT value of less than 500 minutes. However, when phenols and Amine 2 are blended at equal concentrations (0.225% by weight each), the resulting RPVOT value is less than 1000 minutes.

Within the power generation industry, it has been acknowledged that beyond a certain point, RPVOT values do not directly relate to field performance. Here are a few reasons why this conclusion was made:

*Some antioxidants which generate high RPVOT values have been found to produce high levels of insolubles upon depletion. There has been an approximate direct correlation between the formation of sludge and varnish. As such, some antioxidant chemistries with initial high RPVOT values have been contributing causes for an increase in varnish issues in steam and gas turbines.

*It has also been found that RPVOT values are strongly influenced by the addition of some corrosion inhibitors and metal pacifiers. With RPVOT, a copper wire is used as the primary catalyst. The level of corrosion determines the resulting RPVOT value. A high level of corrosion inhibitors and metal pacifiers will negate the effects of the primary catalyst (a copper wire oil) in the RPVOT test. Thus, the test results are improved giving a false indication of the fluid’s antioxidant properties.

A sharp decline in the RPVOT values is usually seen for turbine oils. This can be related to the depletion of corrosion inhibitors once the oil is in service. Typically, these inhibitors create a protective film over the metal surfaces and are depleted at an accelerated rate during the first year of operation. As such, the RPVOT value also declines at this rate. The initial RPVOT values should not be used as a differentiator, instead the RPVOT retention rate should be used.

In essence, RPVOT can be effective if we know the purpose of measuring RPVOT. If we are measuring the retention rate of RPVOT, this is more effective than gauging the performance of an oil based on its initial RPVOT value. RPVOT should be used in tandem with other tests to help us get a clearer understanding of the health of the turbine oil.

While we spoke about the RPVOT possibly not having a direct correlation to a turbine oil’s performance in the field, it must be acknowledged that it should be coupled with other turbine oil tests. Here is a snapshot of the key tests which can be used for turbine oils. 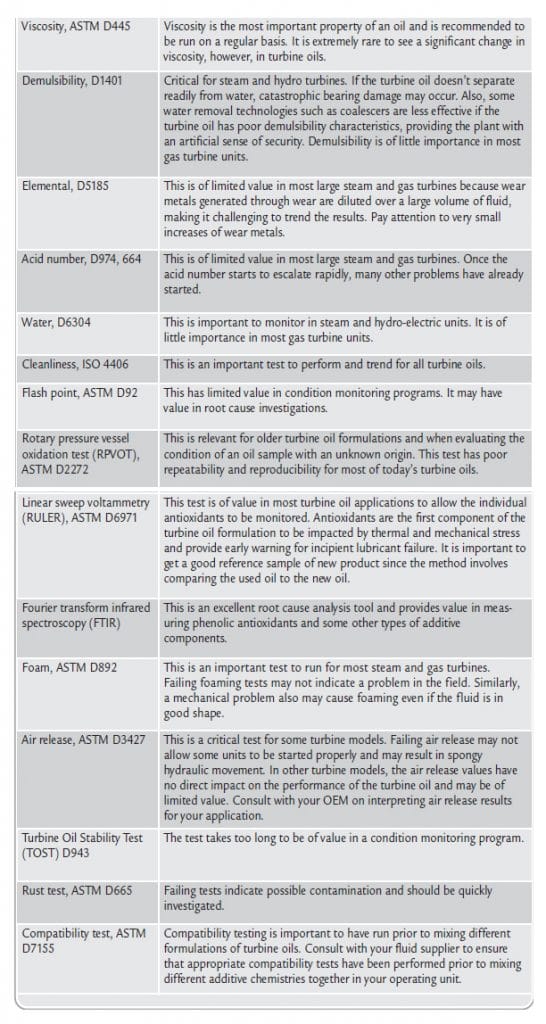 There are two main aspects in monitoring a turbine oil’s health. We can measure the antioxidant levels and pay attention to the degradation products. When measuring the antioxidant levels, the RULER (Remaining Useful Life Evaluation Routine) test allows us to quantify the volume of remaining antioxidants by its type (amines or phenols. FTIR (Fourier Transform Infrared) analysis is also particularly useful in identifying molecular changes. It can provide good trending capabilities in measuring antioxidants.

On the other hand, the MPC (Membrane Patch Calorimetry) test enables us to quantify the level of degradation products. This allows users to assess their risk and possibly predict when deposits will begin to settle out in the system. MPC and RULER tests are complementary and should not be used as standalone tests to assess the health of the turbine oil. As shown below, there is some correlation between the both tests. 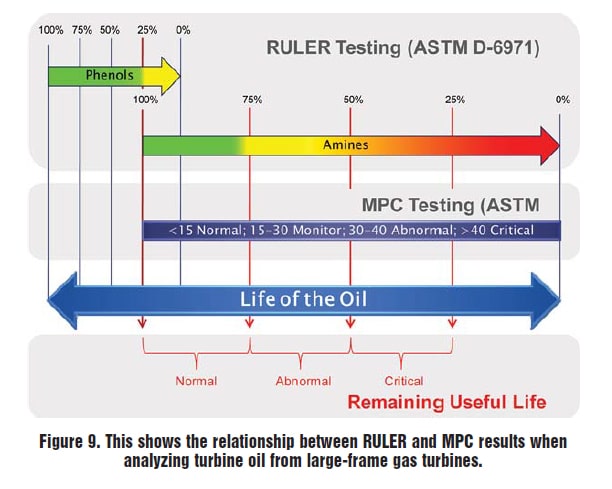 Overall, the RPVOT should not be used as a standalone test nor should it be used to gauge the performance of a lubricant based on its initial new oil value. Rather, the retention rate can be monitored by RPVOT and used together with the RULER, FTIR and MPC tests along with the standard turbine oil tests indicated earlier.