What Parameters Should Be Monitored in Biogas Engine Oils? 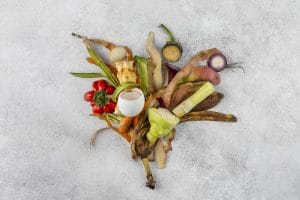 What Parameters Should Be Monitored in Biogas Engine Oils?

Biogas engines are at the forefront of the renewable energy tide and have been in existence for the past two decades. While they can produce power, these engines have varying operating environments as compared to natural gas engines and require specialized lubricants. Biogas engines are synonymous with harsh operating environments including contamination and changes in temperate conditions. Therefore, the lubricants being formulated for these engines should have well balanced additive chemistries and oil formulations to address these conditions. Having the right lubricant is half the battle, the next half involves monitoring the condition of this lubricant to predict and prevent future failures.

Traditionally, TAN, TBN, Elemental Analysis, Contamination tests and changes in the operating conditions were employed to determine appropriate oil change intervals. These methods are no longer sufficient as the changes to the performance of the lubricant are not adequately reflected in a timely manner. As such, users are not able to accurately predict whether the oil life can be safely extended or not. Therefore, another parameter should be monitored to assist users in predicting the extension of the oil life for biogas engines.

Before we can dive into the condition monitoring aspects of biogas engines, we need to understand their operation. Biogas is the type of gas produced by the biological breakdown of organic matter in the absence of oxygen. This type of gas can be used as biofuel. There are several types of biogas which can include:

*Biogas produced by anaerobic digestion or fermentation of biodegradable materials such as biomass, manure, sewage, municipal waste, green waste and energy crops. This type of biogas mainly consists of carbon dioxide and methane.

*Wood gas produced by the gasification of wood or other biomass. This type of biogas primarily consists of nitrogen, hydrogen, carbon monoxide with trace amounts of methane.

*Landfill gas usually has methane concentrations of 50%, however advanced waste treatment technologies can produce biogas with 55-75% methane. This chemical composition varies depending on the origin of the anaerobic digestion process.

It is important to identify the type of biogas as its composition can assist us when we look at the oil analysis reports.

These conditions place additional stresses on the lubricant and formulators are required to engineer oils which can adequately handle these conditions while protecting the equipment.

From market research on biogas engine oils, the following were found:

*Oxidation – this is a fundamental part of the biogas aging process. The hostile engine environment supports chemical reactions which are catalysed by heat.

*Naturally occurring contaminants – these can become problematic during operation and assist in the degradation of the oil.

These indicators play an important role in formulating oils for these types of engines.

It must be noted that during the combustion of biogas containing siloxanes, silicon is usually released and can combine with free oxygen or various other elements. Typically, deposits are formed containing mostly silica (SiO2) or silicates which can contain calcium, sulphur, zinc or phosphorus. These white mineral deposits accumulate to a surface thickness of several millimetres and must be removed by chemical or mechanical means. We must be wary of this when formulating lubricants for these types of engines.

Additionally, antioxidants are typically added to oils to help improve their levels of oxidation stability. Biogas engine oils are no exception. Antioxidants are sacrificial in nature and will deplete throughout the life of the lubricant. By monitoring and measuring the rate of depletion of antioxidants, one can predict changes in the oil which can allow users to detect abnormally oxidized or degraded lubricants.

When looking at parameters to be monitored for biogas engine oils, the following should be considered:

*Viscosity – this shows an increase in value as a direct consequence of oxidation after the deposits are being formed.

*Oxidation – these polar by-products typically form once the antioxidants have been depleted. They can affect varnish, sludge formation and corrosion.

*Nitration – degradation can occur due to the reaction of the oil with gaseous NOx products during combustion. If exposed to severe nitration conditions, the nitration products can cause viscosity, acidity and insolubles to increase.

*Acid number – determines the build-up of organic acid in the oil.

*Base Number – monitors the detergency additive depletion levels in the oil.

*RULER – quantifies the individual antioxidants present in the system.

*I-pH-value – gives information on corrosive acids due to bad gas quality from biogas which cannot be detected by AN or BN.

*Fuel content – if pilot injection gas engines are in use it is necessary to monitor the fuel content. This is particularly important if critical fuels such as vegetable oils are being used.

These are all heavily dependent on the type of biogas and its operating environment. We performed two case studies with differing environments and applications for biogas engine oils and found some very thought-provoking takeaways!

We monitored 8 DEUTZ biogas engines which were driven by methane produced through vegetable green waste fermenting. These engines used oils formulated for typical biogas operations. In this case, the oil was zinc free consisting of two different types of ashless / metal free antioxidants.

It was found that the Acid number’s increase was less predictable but the highest acid number was shown with the lowest remaining antioxidant concentrations. Oxidation by FTIR increases gradually (using the FTIR method). Antioxidant #1 depletes within 50% of the life cycle followed by the depletion of antioxidant #2 which remains in concentrations higher than 50%.

For this case study, we monitored a Jenbacher biogas engine using a modern zinc free formulation containing amines & phenols. It was found that Antioxidant #1 &#2 depleted to a value which was 20% of the original base oil. The highest Acid Number was shown when the antioxidants were at their lowest. Viscosity increased very close to the limit when the depletion of antioxidants were at 20%.

For both of these case studies, we see that the only parameter which gave adequate warning was the monitoring of antioxidants through the use of the RULER test. Both Viscosity and Acid number only showed significant increases when the antioxidants had considerably depleted or the oil neared the end of its life. It can be deduced that the use of RULER can provide a greater insight into the performance of the lubricant in biogas engines. However, the viscosity, acid number and spectrographic tests should not be dismissed as they can still provide value into the environment and operation of these engines.