Transforming Your Oil into an Asset – The Journey to Fill4Life 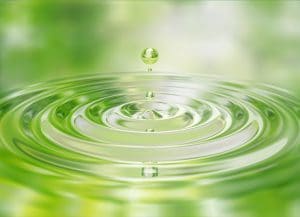 Transforming Your Oil into an Asset – The Journey to Fill4Life

Lubricants are usually considered a consumable and are placed under the expenses column of our balance sheets but does it really have to be? Typically, any item that is considered a consumable is treated as such and users think of their oil as a necessary expense that can be easily replaced. However, users have started investing in oil analysis and other methods to help monitor the health of their oil for the purpose of extending their oil life and catching failures before they occur. As such, there are conscious efforts that challenge the idea of oil being treated as a mere consumable.

Oil in our machines is likened to blood in the human body. When we visit the doctor and our blood results don’t look the way they should (such as high cholesterol) essentially, we deploy systems to help clean up our blood, we don’t get a blood transfusion! In the case of high cholesterol, we can change our diet and start exercising but what can we do in the case of varnish deposits in our machines? Normally, varnish deposits are formed as a result of the antioxidants being depleted, so a simple solution would be to ensure that the antioxidant levels remained at a particular threshold. This would make the oil last for the life of the equipment, to the point where it would be considered an asset and no longer a consumable. Can the answer really be this simple? 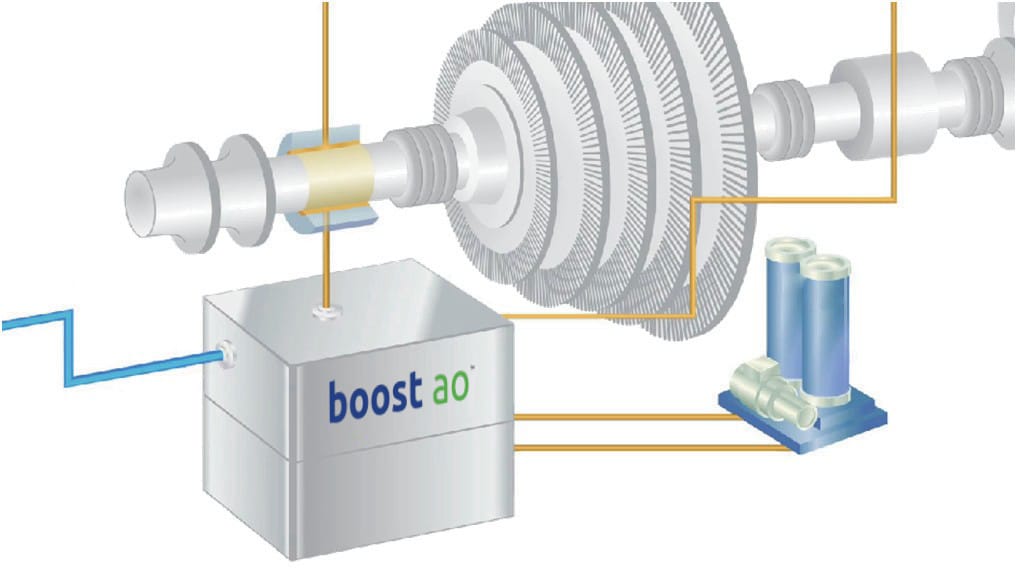 Characteristically, Oil manufacturers do not recommend the addition of additives to their finished products as they believe that the oil was engineered to achieve a particular balance. If users began adding additives to the finished product then, they would not know the quantities in which they would be effective or which could render them ineffective and damaging to the equipment. The question of compatibility is another hesitant reason that random additives are not recommended by oil manufacturers. However, if the additive solution was designed for compatibility and tested against the in-service oils then, this could be used to replenish the additives that would have been depleted.

As stated earlier, deposits are typically formed once the antioxidants have been depleted thus if we had a solution that replenished the antioxidants, we would essentially not have deposit formation. Traditionally Fluitec’s Boost AO™ is used as it is designed to replenish antioxidants for the in-service oil. However, there are some cases where deposits will still be formed. In these cases, where deposit control is an additional factor to antioxidant replenishment, DECON AO™ is used. DECON AO has been created to ensure compatibility with in-service oils while replenishing antioxidants and reducing deposits. It has Solvancer® (A Patent Pending Technology) which ensures that deposits are controlled. Its warranty, OEM and technical societies approvals makes DECON AO the perfect candidate for changing oil from a consumable into an asset.

On the other hand, if an oil change was completed (without a flush) and deposits previously existed in the system, the new oil will become contaminated. This introduces deposits into the new oil and accelerates the production of more deposits. Thus considerably reducing the life of the new oil. In such cases, ancillary services such as flushing will be required as well as a new charge of oil. We would have significantly invested in these services for a consumable product and have lost the opportunity to convert the oil into a value delivering asset. 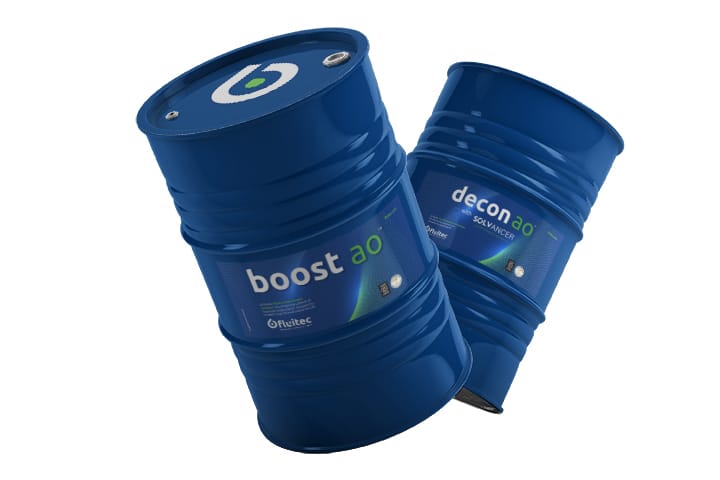 Fluitec’s Boost AO was initially designed as a solution to replace bad chemistry with good chemistry. This would be achieved by replacing depleted antioxidants in the oil. The main objective of Boost AO was to ensure that the oil life was extended through replenishment of antioxidants. This continues to work extremely well for our customers! However, there has been an increasing challenge to turbine systems where these are becoming laden with heavy deposits. With this challenge in mind, Fluitec created DECON AO.

DECON AO was engineered to decontaminate the system, provide deposit control and replenish antioxidants. It can be seen as an evolved version of Boost AO with these added features. Solvancer® (a patent pending technology) has also been added to DECON AO to help in achieving these functions. In essence, DECON AO is specifically designed for systems which require deposit control and antioxidant replenishment while Boost AO can be used for fairly clean systems which only require antioxidant replenishment. As such, the system must be evaluated first before choosing the most suited solution.

Every system is unique and that is passed along through the in-service oil. As such, any in-service oil must be tested for its candidacy before the replenishment of antioxidants occurs. Accelerated aging tests are usually conducted to validate the antioxidant depletion rate and compare these rates in treated oils versus unused oils. At Fluitec, we have established Customized Simulation Testing.

Customized Simulation Testing was developed by Fluitec’s team of scientists to ensure maximum compatibility and success prior to considering DECON AO. A suite of tests are run on the in-service oil. This helps to develop a customized formulation by blending DECON AO at the specified treat rate with the in-service oil. Compatibility testing is also performed according to ASTM D 7155.

The use of the Customized Simulation Testing is just one of the ways that we guarantee that the antioxidants get replenished in a timely manner. This will prevent the further degradation of the in-service oils. As such, the oil has just evolved from a consumable into an asset that delivers value to the equipment.

Can Fill4Life be used on any application?

On the other hand, turbines and compressors are great potential candidates for the Fill4Life application. Their usual mode of degradation is oxidation and once the oxidation degradation products have been removed the antioxidants can be replenished. The purpose of DECON AO is to eliminate the deposits and rebalance antioxidants. It does not supplement other additives in the turbine or compressor oils such as rust inhibitors, foam suppressants or extreme pressure additives. More in-depth analytical work has to be completed to replenish those additives.

A typical turbine has an oil capacity of approximately 3,700 gallons. Usually, these turbines change their oil every 5 years. Over a 10 year period (for one turbine), the user would have consumed 7,400 gallons (not including top ups!). Normally, these turbines do not work alone and are involved in a fleet of 2 to 10 turbines depending on the application. Therefore, in 10 years with 2 turbines, a user can consume approximately 14,800 gallons of oil!

Whenever we prevent a gallon of oil from being refined, formulated, packaged and shipped we can reduce greenhouse gas emissions by as much as 120 pounds! Let’s take that into consideration for the mini plant with 2 turbines. If we save the user from consuming 14,800 gallons of oil effectively we’ve reduced greenhouse gases by approximately 805 tonnes! By converting our oil from a consumable into an asset we can actually achieve this reduction in greenhouse gases and help the environment.

Fill4Life products have the potential to revolutionize the industry. It has changed the conception of a lubricant as a consumable into that of a value adding asset and helps to reduce the emission of greenhouse gases. Effectively, this initiative can help organizations to achieve millions in savings while allowing them to contribute positively to the environment. Let’s start evolving our lubricants into assets today!

Fluitec’s scientists have developed a Customized Simulation Test that to ensure maximum compatibility and success prior to considering DECON AO. Simulation Testing includes running a battery of tests on your in-service oil, developing a customized formulation, blending DECON AO at the specified treat rate with your in-service oil and performing compatibility testing according to ASTM D7155. 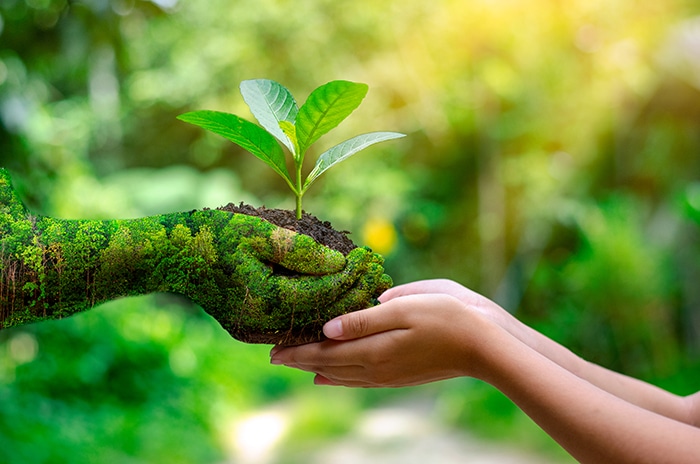