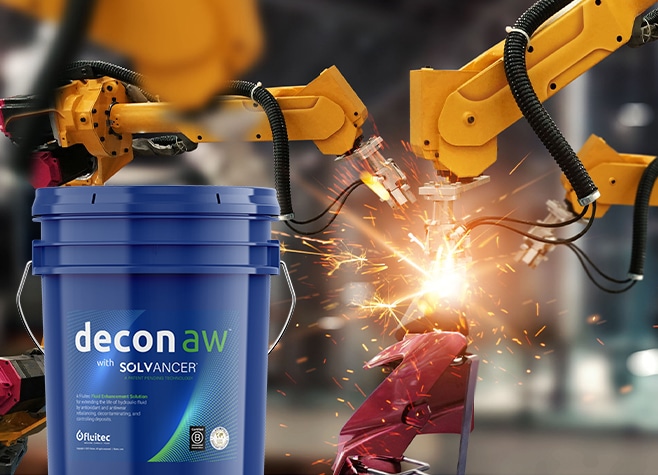 Hydraulic oils often encounter various failure modes. This is no surprise as hydraulic oils undergo some of the harshest operating conditions from very tight clearances to transmitting power over long distances. Hydraulic oils should also be kept as clean as possible. These oils are required to be transported through very small clearances hence, it is critical that it does not contain any deposits. However, due to the operating environment, it is often observed that hydraulic oils are subjected to degradation frequently.

Can the life of a hydraulic fluid be extended?

Over the last decade, there has been a significant increase in the amount of thermal stress that hydraulic oils endure. This escalation is mainly as a result of the following changes:

These higher thermal loads are responsible for hydraulic oils producing varnish and deposits which negatively impact the oil and system. These deposits are usually accountable for the malfunction of heat exchangers, sticking of valves and overall decreases in system efficiency. Given this harsh operating environment and the need for clean hydraulic oils, one would expect relatively short lifespans for these oils.

However, if there was a treatment which could be added to hydraulic oils to keep them clean, reduce the deposits found in them and help them to last longer, then its life could be extended.  DECON AWTM has been formulated to do exactly that! It is a superior hydraulic fluid enhancer integrated with Solvancer® (a patent pending technology) which elevates in service oil into an antioxidant and antiwear system. It is designed to allow hydraulic oils to withstand extremely high thermal loads to ensure a longer service life.

Getting the details on DECON AW™

DECON AW’s use of Solvancer® ensures the repression of the lubricant’s ability to produce varnish and guards against hazardous effects to the lube system. It has been engineered for long term machinery protection, varnish mitigation and rapid system decontamination.

DECON AW can be easily integrated into any hydraulic system. Its viscosity is similar to most in-service hydraulic oils. It is a tailored additive system blended into a concentrate which can be readily added to any system at treat rates of 1.5 – 3% volume. One of the best features of DECON AW is its simplicity! DECON AW can be directly added to your equipment’s reservoir without the use of a special pump! Additionally, it can be added to your system during operation, eliminating any associated downtime!

There are various industries to which DECON AW can be applied. Some of these industries include:

DECON AW is available in different sizes to suit your equipment’s needs (5gal/19L or 55 gal/208L).

DECON AW was specifically designed to reduce the environmental impact while generating a robust bottom line for equipment users. It extends the life of hydraulic oils to assist users in achieving their sustainability goals. Through this life extension, users can generate less waste through reduced oil changes and condense environmental impact. Since the demand for hydraulic oil will be decreased, then the processes involved in refining the oil and producing it will no longer be necessary. As such, the environmental impact involved in the production of the hydraulic oils will be greatly declined. Therefore, the consumption of resources can be minimized. DECON AW is part of Fluitec’s Fill4Life™ initiative which enables companies to do their part in protecting the planet.

Essentially, DECON AW is the sustainable way forward for hydraulic oils. It is specially engineered to rebalance antioxidants and antiwear while ensuring deposit control and decontamination of the system. Let’s move hydraulic oils into a sustainable future with DECON AW!