Blog – Is Flushing a Wind Turbine Gearbox the Same as a Regular Gearbox? 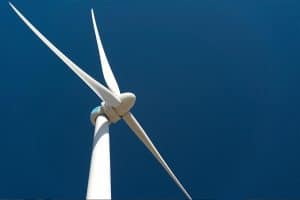 All gearboxes should observe the same rules, right? Not really.

Gearboxes require different types of oils based on the rotational speed of the gears, the type of the gears and the environment in which they are working. When we begin thinking about wind turbine gearboxes, there are a lot more factors to consider than these traditional ones for industrial gearboxes.  Wind turbine gear oils have to perform in quite challenging environments and as such particular attention is paid to conditions such as wear, EP protection, water separation, air separation, detergency and oxidation.

The average life of a wind turbine gear oil is around 5-6 years. When the oil is no longer deemed fit for use, there are two possible options usually followed. Either the oil is changed in combination with flushing or the oil is topped up with new oil to extend the life by 2-3 years. The latter is highly dependent on the condition of the oil regarding degradation and contamination. It has been noted that within the wind turbine industry, the flushing practice is not as widely used as it should and not as common.

Should wind turbine gearboxes be flushed?

The age old question of flushing is always present when changing the oil in any piece of equipment. For wind turbine gearboxes however, it is critical that these are flushed before new oil is placed into the system. Typically, when the used oil is drained from these gearboxes, 5-10% remains in the system and sump. This volume may seem insignificant but when new oil is added to the sump, it can easily contaminate it causing the new oil to become more susceptible to varnish. This in turn shortens the life expectancy of the new oil.

In an attempt to increase the typical oil life to 8-9 years, the condition monitoring program should work in tandem with the cleaning and flushing procedures for these gearboxes. There are three key components which must be observed:

This turbulence allows for the cleaning of the inner walls and allows for the disturbance and lift of any contaminating wear and tear causing particles into the fluid. Hence, these particles can now be filtered out. This forceful release also creates induced sound waves particularly low frequency sound waves which aid in the turbulence effect. The flushing circuit has a built-in pressure relief valve to allow control of the pressure to ensure that the fragile systems are not damaged.

Flushing was performed on a wind turbine gearbox using the OTW flushing method. Here are some specs on the system:

Oil sampling was performed, before, during and after the flushing intervention to monitor the condition of the gearbox. MPC (Membrane Patch Colorimetry ASTM D7843), RULER (Remaining Useful Life Evaluation Routine ASTM D6971) and Viscosity were performed. The following conclusions were made:

In essence, the flushing of a wind turbine gearbox is slightly more complex than that of an industrial gearbox. Particular attention must be paid to ensuring the process is sustainable and environmentally sound. This can be achieved through the use of solubility enhancers, chemical filtration and turbulent flushing in a practice defined by OTW. The costs involved for the failure of a wind turbine gearbox greatly outweighs the costs associated with performing sustainable and environmentally sound flushing practices.